Have you been looking for a scrumptious snack that's easy to put together?  Look no further...here's the snack for you.  Delicious cheese dip all melty and gooey...what could be better? 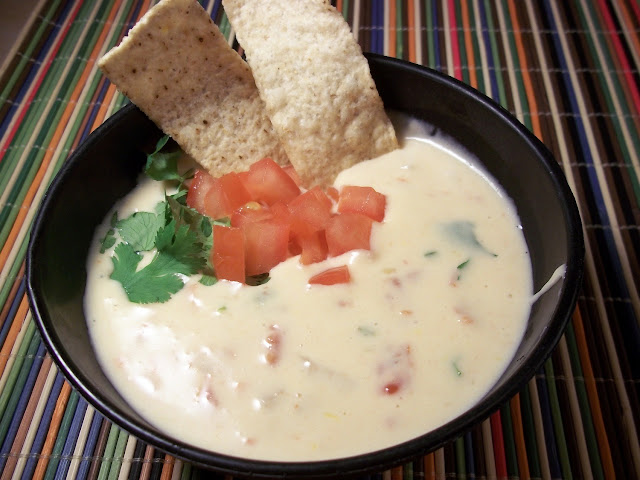 I found this recipe at Let's Dish and started drooling right away. (Okay, maybe I was already drooling, but that's another story for another time)
Anyway, the recipe calls for white American cheese, but I couldn't find it.  But I did find something called "quesadilla cheese" already shredded so I figured that would work.
Here's how to do it, from Let's Dish:
Printer Friendly Recipe
Ingredients
1 tablespoon olive or vegetable oil
1/4 cup white onion, diced
1 large jalapeno or serrano, seeds and stem removed; diced  *I only used 1/4 of a pepper because I am a huge weenie*
16 ounces white American cheese, shredded or cubed
4 ounces Monterrey Jack cheese, shredded
3/4 cup cream or half-and-half
1 (10 oz.) can diced tomatoes and green chilies
1-2 roma tomatos, seeds removed and diced
1 small bunch cilantro, roughly chopped *I didn't used the whole bunch, just a handfull*

Directions
Heat the oil in a saute pan. Cook the onion and pepper until softened and reduce heat to medium-low. Add the cheeses and 1/2 cup of the cream. Stir until mostly melted. Add the can of diced tomatoes and green chilies, the diced tomatoes, cilantro, and additional cream a little at a time until you reach desired consistency. Serve with chips or fresh tortillas.
Now, just because this is something I cooked, and bothered to take a picture of, here is Pioneer Woman's Sour Cream Noodle Bake. 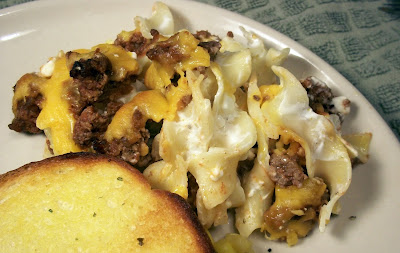 I was not bowled over by this.  Which is kind of a bummer since she makes every recipe she puts up on her site sound like it's awesome enough to melt your brain cells. (and a lot of them are...I could have that brisket of hers every day for the rest of my life and be a happy girl)  This was kinda bland, and dry. And I was a little grossed out by the curds of cottage cheese in there.  Oh well, it was pretty easy, at least.
at 10:02 PM

Email ThisBlogThis!Share to TwitterShare to FacebookShare to Pinterest
Labels: appetizers

Oh yum! A good queso is one of my guilty pleasures, pouring it over scrambled eggs.

I love that queso- so cheesy and delicious! I can usually find white american cheese in the grocery store deli around here. :)

I want the cheese dip. Right now. Bummer about the casserole!

Sorry about the casserole but the cheese dip looks terrific for sure.

Maybe if you put some of that queso on the casserole it kick it up a notch.
Mimi

Sorry you didn't like the other recipe that much.

I could eat queso by the spoonful! And thank you for your kind comments about Scrappycat.

Thanks for stopping by my blog and the comment. I've subscribed and look forward to more of your posts. I love the idea of this cheese sauce over eggs. yum. Love the honest review of the Noodle Bake.

Yummy on the queso. i could eat a bowl of that right now.

The cheese dip sound fabulous and perfect to dip some veggies into as well. Sorry about the casserole...how disappointing!

Your review of PW's recipe made me laugh. I won't bother with that one then. Your cheese dip? Definitely drool-worthy. We love dips in our house, that would definitely get gobbled right up!

So...if I dip broccoli in this then it must be good for me right?

oh gosh, i could eat the queso all day, delicious!!

Oh how I love a bowl of queso. You now officially have me craving a bowl of my own. That looks super delish! Yum!

I'm still looking for that perfect queso recipe. I love ordering queso at my favorite Mexican restaurant, but I've never been able to replicate it at home. Thank you for sharing, my friend. After such a long and hard week, it is good to visit the blogs that I love. I hope you have a safe and happy weekend.

My daughter is crazy for queso. I know she would love this! It's too bad I've given up cheese! ;(

I could just about pour that tasty looking cheese queso on everything. Delicious. Sorry about the sour cream noodle bake. It does look yummy though.

Yum, your queso looks like a huge crowd pleaser! Wish I was enjoying some right now :)

Yummo!!!! I am going to the grocery store to get these ingredients ASAP!! Thanks! ;) BTW...we tried the PW's noodle bake a few weeks ago (GROSS!). I forced myself to eat since I am trying to broaden my 3 year old's taste buds. NOT pretty, lol!

We love White Queso. I will try your recipe. I tried a couple but they would get too thick too quick. I bet with the half and half - this one will stay more "dippable". I can't wait to try! 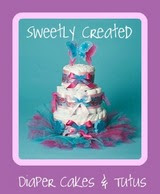 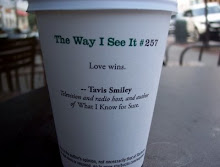